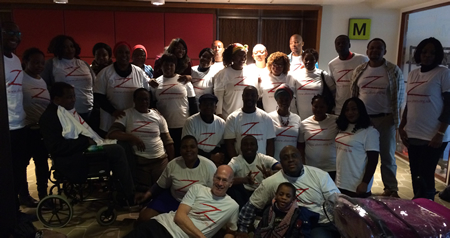 At our well attended first interim meeting, held at the Royal Festival Hall on Saturday the 12th November 2016, we heard of the progress to date.

The MC of the day was Todd Maforimbo who ably led the discussions and debate.

Progress on the selection of independent trustees was updated and we expect final appointments in the coming week. Which will mean we can then move to create the Charitable Incorporated Organisation. Not a Company - but set up as a Charity, with a Charitable Constitution using the Standard Charity Commission models for a membership based organisation.

We anticipate having our Charity number within 4 weeks of the submission.